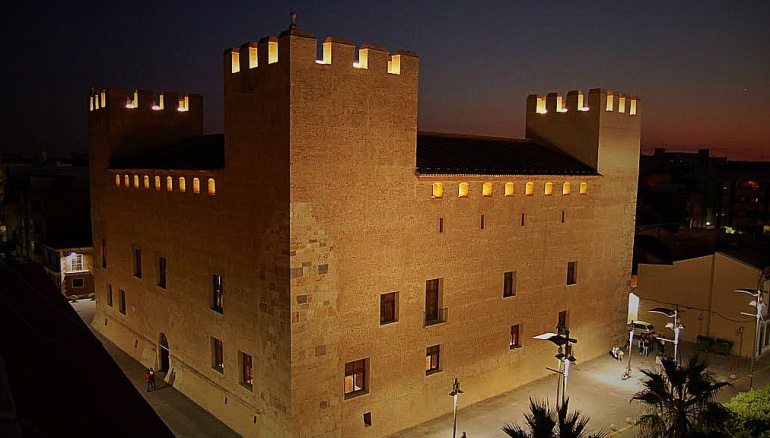 Alaquas is located just seven kilometres from the city of Valencia, in the territory of Horta south and is an important city from a cultural and social point of view, as it is home to many bodies and associations of different artistic sensitivities and in particular institutions dedicated to music.

Alaquas was apparently ceded by Jaume I to Bernardo de Castellon on 4 July 1238. Until then Alaquas had been a Muslim colony and its economy at that time was based on agriculture. The name Alaquas probably comes from an Arabic word ‘al aquas’ meaning the arches. When the Christians conquered Spain, the Muslims tried to coexist with the Christian citizens until 1500. From the 15th century Alaquas had the Aguilar family as lords of the town. A member of this family, Count Luis Pardo de la Casta, built the famous palace and castle of Alaquas in 1582. This castle remained in the hands of the Aguilar family, closely related to the powerful Manfredi family of Cremona, until 1772, when it passed completely into the hands of the Manfredi family. In 1870 the castle of Alaquas passed into the hands of private owners and went through a very difficult period since the furniture and among other things the wood of the ceilings were sold, causing the collapse of a tower. The rebirth of the castle began in the 20th century, when the building was recognised as an artistic and historical monument.Â In the 20th century great changes took place in the economy of Alaquas. The city became an important furniture industrial centre, although at the same time the traditional crafts continued to have their importance. The 21st century began with the renovation of the castle and its transformation into a park and cultural centre open to all Spanish and non-Spanish citizens.

Church of the Assumption (1354), corresponds to the plan of Valencian religious architecture; nave, chapels between buttresses, pentagonal apse and upper gallery, obeying a church style of reconquest, 1694 covered with baroque ornaments. It has a connecting corridor through a passageway that leads to the window of the choir, where the stately palace is located. The Church of Olivar belonged to the convent of the Minims from the 16th to the 19th century, then it was acquired by the Oblate nuns of the Holy Redeemer, and in 1973 it became a parish. Alaquàs Castle-Palace, a palace linked to the Church of the Assumption, built in 1582 by Luis Pardo de la Casta. It has 4 floors: the ground floor, the mezzanine, the main floor and the attics. Part of the old manor house is used for the construction of the current castle

The town’s main festivities take place in September and, like other places in the area, celebrate the clashes between Moors and Christians. Until a few years ago, Alaquas used to celebrate the Water Festival (Festa de l’Aigua), where 5,000 participants climbed the hill throwing water at each other from containers placed on the sides of the streets for the occasion. Bizarre and fun, who knows if it will be repeated. In spring, in honour of San Francisco de Paula, the Porrat Festival is held, where a gastronomic fair is organized together with the religious feast.