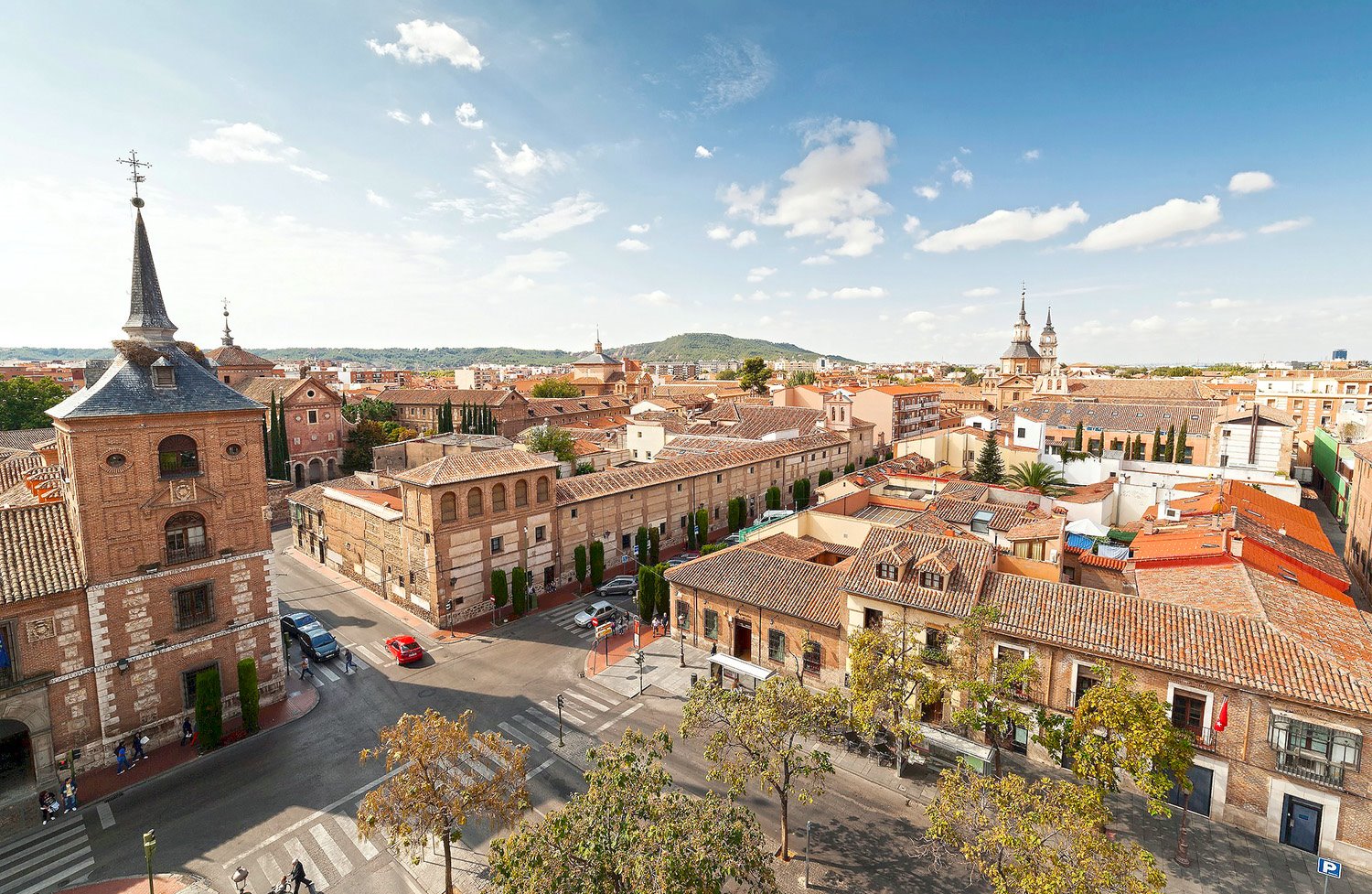 Alcalá de Henares was developed mainly by the Moors, who settled near the first Roman settlement, in an area they called al-qa\’a (citadel). The old Arab citadel still exists today and corresponds to the district of Alcalá la Vieja (Old Alcalá). Those who followed, the Christians of the Reconquista (led by Bernardo de Sedirac, Bishop of Toledo), preferred to concentrate their urbanisation in a different area from the previous one, returning to the area once used by the Romans, today’s Burgo de Santiuste. Churches, convents and university buildings give an insight into the life of the past, that of the Spanish Golden Age.

The Universitas Complutensis, by which it is also known, founded by Cardinal Cisneros in the 15th century, made the city a cultural centre renowned throughout Europe, an institution capable of attracting a vast number of scholars, while at the same time giving rise to the development of many religious convents.

Don’t miss a visit to the interior of the Colegio Menor de San Jerónimo, specifically to the Patrio Trilingüe, a courtyard so called because the languages studied were Latin, Greek and Hebrew. Once inside, you can enjoy the excellent local cuisine in a 17th century setting of Renaissance and Mudejar styles.

Part of the city walls of Alcalá de Henares extends around the old Archbishop’s Palace (palacio Arzobispal), which is particularly appreciated for its beautiful 16th century façade by Alonso de Covarrubias.

Every November, its inner courtyard hosts the traditional theatrical performance of ‘Don Juan’ from the Spanish Golden Age. Near the Archbishop’s Palace are the convents of San Bernardo and Madre de Dios.

Apart from the buildings connected with the University, the most important and historical building in the city is the Cathedral-Magistral of Saints Just and Shepherd (more familiarly known as Catedral de los Santos Niños). Built between 1497 and 1514, today it appears in all its Gothic splendour and inside it houses the remains of Saints Justus and Shepherd, two Christian schoolboys who were martyred during the persecutions of the Roman Emperor Diocletian in the early 4th century. Alcalá Cathedral is one of the only two churches in the world to be awarded the title of “magistral” (together with the Belgian church of San Pedro in Louvain).

The Antezana Hospital, dating from 1483, is also very old and is now considered the oldest hospital still in use in Europe. A little further on we come to Calle Mayor and then the Cervantes House Museum, a typical building with a courtyard. Cervantes was born in Alcalá and baptised in the Gothic church of Santa María la Mayor. Furniture and equipment show what life was like in the 17th century, and the documents on display give an insight into who and what was behind the famous masterpiece of Spanish literature. Other interesting sites in the city are scattered around the Plaza de Cervantes, such as the Teatro de Cervantes, an important open-air theatre that often hosts performances by past university students in the city, including Lope de Vega and Calderón de la Barca.

The city was also home to Catherine of Aragon before she left the country for Henry VIII’s England. A statue located in the heart of the old town depicts Catherine in a rare youthful exuberance. As a former royal residence, Alcalá has many other monuments of interest, such as the Monastery of Las Bernardas, the Tower of San Justo (part of the Cathedral), the Convento de las Carmelitas de la Imagen, the Convento de las Ursulas and the Convento de las Magdalenas, all dating from the 16th century. \Don’t leave the city without visiting the beautiful Palacete Laredo building (located in Paseo de la Estación), one of the most elegant and harmonious in the city; built in 1882 in neo-Mudéjar style and declared a Spanish historical monument, its interior now houses the Cisnerian Museum, displaying ancient documents belonging to the university.

Finally from Alcalá de Henares I would also like to highlight its Parador Nacional, which occupies the building of the former Convent College of the Dominicans of St. Thomas, from the seventeenth century.

Since the mid-nineteenth century the building was used as a prison, and now houses a parador characterized by its avant-garde design within the architectural framework of the former convent.

To point out the architectural solution given to the known as carved garden where 128 rooms are distributed in the garden area of the space that occupied the orchard of the mentioned convent.

The atmosphere in the city is youthful and cultural. Thanks to the academic world, the city benefits from numerous busy cafés and restaurants and bookshops. Its international role and the literary reputation of the University make it a very popular location for Erasmus students in Spain and for those who simply want to study Spanish.

Surely in your trip to Madrid you will consider making an excursion to Alcalá de Henares either to visit its historical university or the museum Casa Natal de Cervantes, its most famous and visited corners.

But you should know that this now dormitory city of Madrid offers much more from the point of view of tourism, with a historic center with an atmosphere and attractions that you will not find in the Community. It is worth visiting Alcalá de Henares.