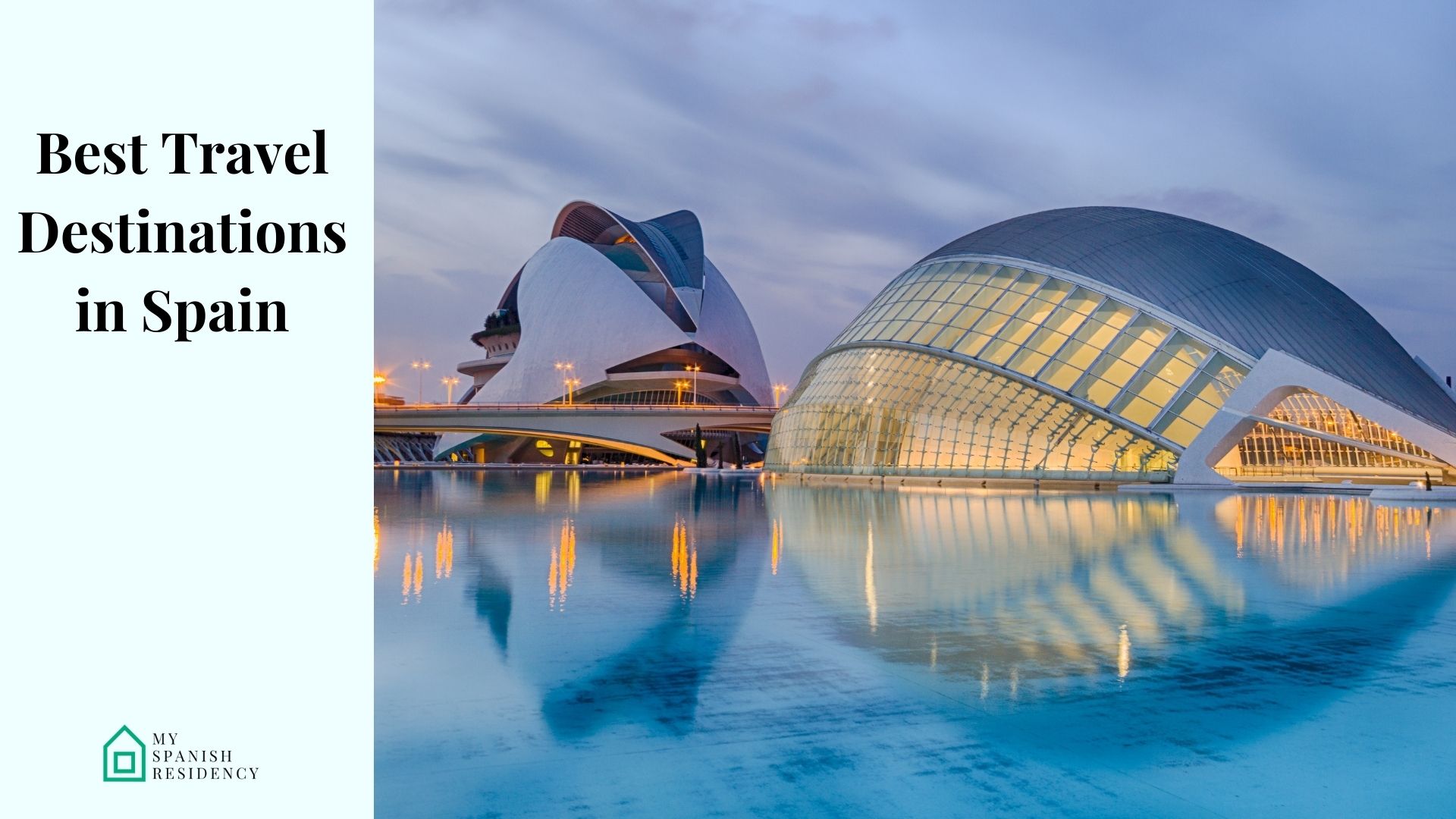 Spain is wonderful. We have it all: unparalleled cuisine, amazing landscape contrast, huge historical legacy… We have selected 30 places to visit in Spain, at least once in a lifetime. It is true that it is impossible to put them all here, but we have selected a little bit of everything and surely there are some you don’t know. Are you missing any place? Leave us a comment!

Siurana is a fairytale town that evokes the memory of the Middle Ages. It is cloistered over the river and to conquer the town the knights of four counts were needed, since the castle of Siurana crossed a border that extended from the Coll de Balaguer to Tamarit de Gaià. It was finally conquered in 1153 after the fall of Lleida and Tortosa, making it the last redoubt of the reconquest. The most relevant building in Siurana is its Romanesque church, which has a front with a figurative tympanum framed by three semicircular archivolts. It is also one of the most important climbing destinations in the country and the world. Definitely a place with a lot of charm in Tarragona.

One of the best places to spend a weekend in Spain, or take advantage of any bridge or days off, is undoubtedly the Almeria area of the Natural Park of Cabo de Gata.

It is actually called the Maritime-Terrestrial Natural Park of Cabo de Gata-Níjar and has an enormous geological, ecological, historical, anthropological and landscape wealth.

Are you ready to visit one of the most arid landscapes in Europe and one of the few of volcanic origin?

Located in Barcelona, the Sagrada Familia is one of the most famous basilicas in the world and one of the must see places in Spain. Construction began more than 135 years ago and was designed by the flamboyant Spanish architect, Antonio Gaudi. It is expected to be completed in 2026.

Although still under construction, this religious building is one of the most famous tourist attractions in Spain. One of the main attractions of the place is its impressive facade of modernist style. Its interior, which looks like an enormous stone forest, immediately attracts the attention of all visitors.

In addition, the building has 18 towers: 12 of them dedicated to the apostles, four to the evangelists, one to Mary and another to Jesus; of which, eight have been built. Visitors have access to some of the towers to observe the impressive landscape of Barcelona and the surrounding area. You will be surprised!

This medieval complex in Granada is another destination worth seeing in Spain. Its construction began in 666 A.D. and today represents all the splendor and power of the Nasrid dynasty that reigned in Spain hundreds of years ago. For that reason, it was catalogued as a World Heritage Site by UNESCO in 1984.

The buildings and gardens of the Alhambra are a sight for sore eyes. The palace grounds consist of a series of rectangular courtyards decorated with fountains and flowers, among which the courtyard of the Lions stands out. In addition, the Nasrid palaces that make up the construction are an example of the architecture of the East.

Another wonderful place in the area is the “Alcazaba“, which is one of the oldest buildings in the Alhambra, and the Torre de la Vela, which has become one of the most visited places because of its spectacular view of Granada, the Albaycín and Sierra Nevada.

NATIONAL PARK OF ORDESA AND THE “MONTE PERDIDO”

This park is another unmissable destination in Spain and one of the most important symbols of the Autonomous Community of Aragon. Located in the center of the Pyrenean mountain range, the Ordesa y Monte Perdido National Park is a natural complex of great beauty where a great variety of ecosystems with Atlantic and Mediterranean influences coexist, providing the place with a quite varied flora and fauna.

Monte Perdido, which is over 3355 meters high, dominates the whole landscape and at its feet, there is a wide network of paths that lead to meadows, valleys and rivers. Some of the points of interest within the park are the Horsetail, the waterfall of more than 1700 meters high, the waterfalls of the Gradas and the viewpoint of the Garganta, which is located on the edge of a cliff.

If walking is not your forte, the area of Ordesa has a forest track that can be travelled by car and from the community of Torla, buses leave on guided tours within the park.

The paradise of the Galician islands

Did you know that in Galicia we have one of the best beaches in the world? Yes, what you read: the Cíes Islands! For my taste of the best places to spend your vacations in Spain. My first time on them was at the end of the Camino de Santiago and I will never forget my arrival there by ferry from Vigo. If you want to spend your summer vacations in Spain around here the perfect plan would be to stay at the Nagari hotel, a pass with sea views and at least one night at the Cies campsite. Be careful, call in advance and make a reservation. You can stay here for a week and also spend a day on an excursion to the island of Ons, for which you will have to go to Bueu (0h 32min).

This region of the Catalan Pyrenees, in the province of Lleida, stands out for its spectacular landscape. It attracts tourists all year round, especially during the winter season for skiing, but it is also an essential reference if you are looking for mountain tourism, nature and a pleasant temperature.

Although it is worth visiting this jewel at any time of year, in summer you will enjoy its best moment. The Lakes of Covadonga seem to be taken from a film production and it is not for less: it is one of the most spectacular corners of the country. Lakes Enol, Ercina and Bricial will be at their best thanks to the thaw and it is also an excellent location to visit nearby villages or to do alternative routes.

At MySpanishResidency we encourage you to re-conquer your city by complying with the hygienic measures established by the health authorities.