How will brexit affect british expats living in Spain 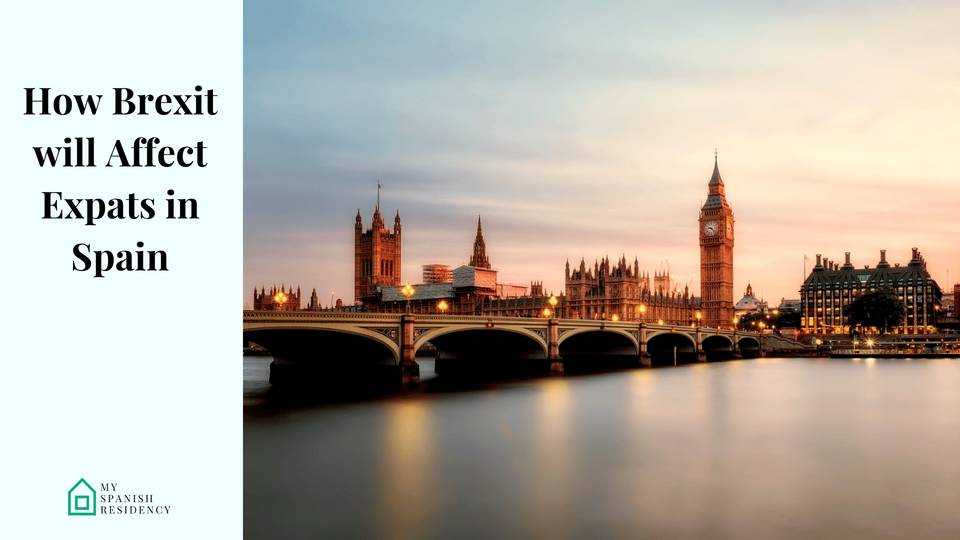 In June 2016, Britain voted to leave the European Union after a small group of nationalists sold British voters a simple message: Brexit will be a quick and easy return to greatness.

With the third Brexit deadline now 31 January 2020, it is certain the UK will leave the European Union one of two ways:

Or as the New York Times phrases it: Mr. Johnson’s victory extinguishes the possibility of Britain’s reversing that decision, a dream that has been nurtured by millions who believe that the referendum was a catastrophic error and should be rerun. The confirmation of the United Kingdom’s exit from the European Union has been a whirlwind of reactions around the world. There is no doubt that this decision is going to affect British expats living all across Europe.

The website fullfact.org, reports that 1.3 million people form the U.K. live in other European Union (EU) countries. Of these Spain hosts the largest group of U.K. citizens at an estimated 310,000. They have the right of free movement inherent to the European Union Citizens, but after the exit of the United Kingdom they won’t have the same rights as before.

The relevant question here is: what will happen to UK citizens living in Spain after Brexit takes place?

The Brexit Timeline, a restrospective.

As mentioned, the referendum was held in June 2016. But it was not until March of the following year, after some bureaucratic procedures, that things continued to move forward.
Then began a two-year negotiation period with the European Union. This negotiation was carried out by two technical teams of negotiators, one representing the United Kingdom and the other the EU.
As stated in Article 50 of the Treaty on European Union, “Each Member State may decide, in accordance with its constitutional rules, to withdraw from the Union“.
With regard to this article, the United Kingdom parliament sent a proposal for an agreement on three different occasions. All three were rejected.

Seeing how difficult it was to reach a plausible agreement, both sides decided to extend the negotiation period until 31 October. If an agreement is reached between the two parties before that time, there will be a period of one month before it begins to apply.
But the real question is: what will happen to the more than 300,000 British citizens residing in Spanish territory?
At the moment, they are residents as European citizens, but will this continue to be the case? Will british expats retain the same rights?
There is no clear answer to this question. As the negotiations are still in the air, we cannot give a definitive answer. We have to wait to see what the final outcome of the situation will be, how the UK will end up in relation to the EU and under what conditions. In addition, how the Spanish government will react will also be of great importance here.

There are 2 possible scenarios after Johnson winning the elections. Understanding them is key to defining what will happen to UK citizens residing in Spain.

First scenario: the United Kingdom leaves the European Union with an agreement

This agreement is actually in place, but the UK parliament does not confirm it. It would provide for a transitional period of two years, in which the most important rights, such as immigration and economic rights, would be maintained for British citizens in the same way as if they were Europeans.

However, once that period is over, these citizens will no longer be considered European. And we do not know clearly what will happen to their rights thereafter. Each country will be able to establish its own terms and policies, and we still have to wait to see exactly what the Spanish government will define.

In the event of such a situation, the Spanish government passed a law stating that they would open a parallel register for UK citizens as if they were Europeans.

This means that all British citizens in Spain will retain their rights. However, they will also have to change their conditions and their residence permits from the European to the non-EU type. But that will not be a problem.

Those who want to get the green card, for example, will have to go through a separate registration. But this will require exactly the same documents as before.

However, that was the government’s response, broadly speaking. They defined that, in the event that this is the scenario, an instruction would be carried out that would specify in greater depth what will happen and what the citizens of the United Kingdom will have to do precisely.

Nevertheless, Spain demands reciprocity from the United Kingdom regarding the treatment of expatriate citizens. The Spanish government legislated urgently to shield the rights of the 365,967 British who officially reside in the country, and demands similar mechanisms in the United Kingdom. Acting Foreign Minister Josep Borrell has already conveyed the message to Boris Johnson’s government and warned that, without an equivalent British scheme, the Spanish framework for British residents will falter.

That is a good step although such a measure would appear to be temporary; the plan approved by the cabinet does include a clause for Britons living in Spain to apply for a “Foreigner Identity Card” before December 31, 2020 so as to prove their legal residency status.

How british expats living in spain should prepare for brexit

In the face of uncertainty, both the UK ambassador to Spain and the consul confirmed some tips for those british expats living in Spain. this information.