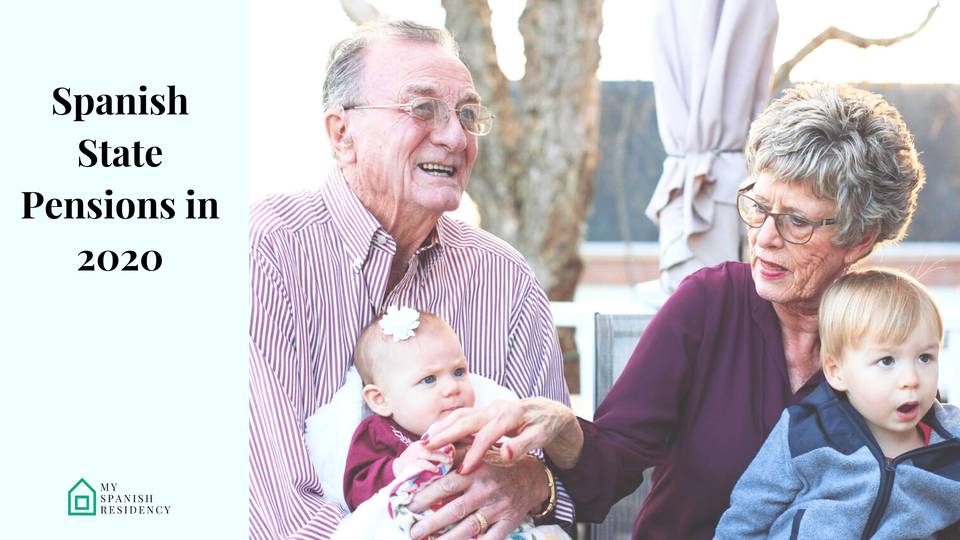 Spanish state pensions are tools designed and developed by many countries to provide payment and incomes for their natural citizens and also for legalised residents, and therefore when they retire the can count with a monthly and fixed sum of money to spend and enjoy in their latest years.
Now, for a person to have these benefits they must meet with some requirements that have a long-period characteristic. But, what is the Spanish State Pension? This concept may change depending on the country and Spain is one of the nations in the EU that has a Spanish State Pension plan, in order to protect their citizens that have worked for a life time, or in special cases less time due to different reasons.
However, there are some questions to answer about Spanish pensions, such as the amount of money residents and citizens may receive, how is it calculated, minimum age for women and men and how to apply, along with different type for distinctive people and situations. Pensions in Spain are considered Social Security instruments to provide monetary assistance and health care.

How Much Do Spanish Pensioners Get?

Nowadays, the average pension is about 900 euros a month. The contributory retirement pension (Pension por Jubilacion Ordinaria) represents the main source of retirement income for approximately 8.75 million pensioners in Spain.

For a person to apply and enjoy the benefits of a contributory pension in Spain, they must be included in the General Social Security Regime that incorporates workers of different industries and pension appliers, managing their contributions and later translation such payment into rightful pension.
In order to know how much is the Spanish State Pension, and how much money pensioners get per month, it is important to know that state pensions in the country are not all the same. Pension amounts are calculated using different rates, that depend mainly on the years contributed but also in other factors.
There are fix numbers, though, in terms on the minimum and maximum amounts of pension rates citizens can obtain: The maximum for a pension would be 2617.53 euros per month, while the minimum payment per month is about 642.90 euros.

How are Spanish Pensions Calculated?

As previously mentioned, not all pensions are the same in terms of requirements to meet and even types, and these characteristics have great relevance at the moment of calculating how much money a person will receive, so they are important to know.
First of all, at present time main eligible people to be pensioned by the Spanish State Pension system are those that are at the age of 65 years and 10 months. Now, for those people that contributed to the Spanish state for at least 37 years, they can retire at the age of 65.
There are special conditions in which a person can retire early, in case of disability of hazardous jobs, having the right to claim pension at the age of 60 and even 52, depending on the case. Modalities of partial and flexible retirement are also available in Spain, with certain conditions.
Knowing this, pensions are calculated through rating taking into account taxes, money earned during the contributing years and also the time period fulfilled by pension applier. By working 15 years, the half of the maximum payment is obtained rightfully, by paying at least 5 percent of the income receive during the years of contribution.

Private or occupational pensions are used to be able to obtain a retirement pension, in case we are not eligible for a contributory pension. In Spain, at least 50 percent of the population are paying for a supplementary pension, although they have low contribution rates and therefore, low coverage.
Usually, supplementary and occupational pensions are offered by private and insurance companies, and depending on coverage, total sum and other characteristics a certain premium must be paid. Retired beneficiaries can receive their money through different methods, such as lump sumps or annuities.

The non-contributory pensions in Spain are targeted to low income households and disabled people.
Of course, non-contributors to the Spanish State must meet certain requirements to get this income in the form of special non contributory pension. The main one of them is having Spanish residence and having lived in the country for at least 10 years. The maximum amount to collect at the date of this publication was 430 Euros. This amount depends on the money received yearly from other sources and the number of dependents.

In the case a beneficiary pension die, if he or she left a spouse or children they can become direct survivors, receiving partial or almost total income the pensioned obtained when he or she lived.
For this to happen, the person who died must accomplish 15 years of contributions to the Spanish state, providing right their spouse or children to collect the pension. Spouse´s income and employment status, along with dependents, influence the total amount of money related to the pension.

Apply for a Pension in Spain

If you have the intention of applying for a pension in Spain, you can visit the local INSS or Instituto Nacional de Seguros Sociales, and complete the pension application form that can be downloaded from the official INSS website. Along with the form, interested appliers must also provide other information and personal documents, such as passport, valid ID Spanish Number and medical records, in case special pensions are the one the person will be applying for. It is worth knowing documents must be summited at least three months before or after finishing laboring.